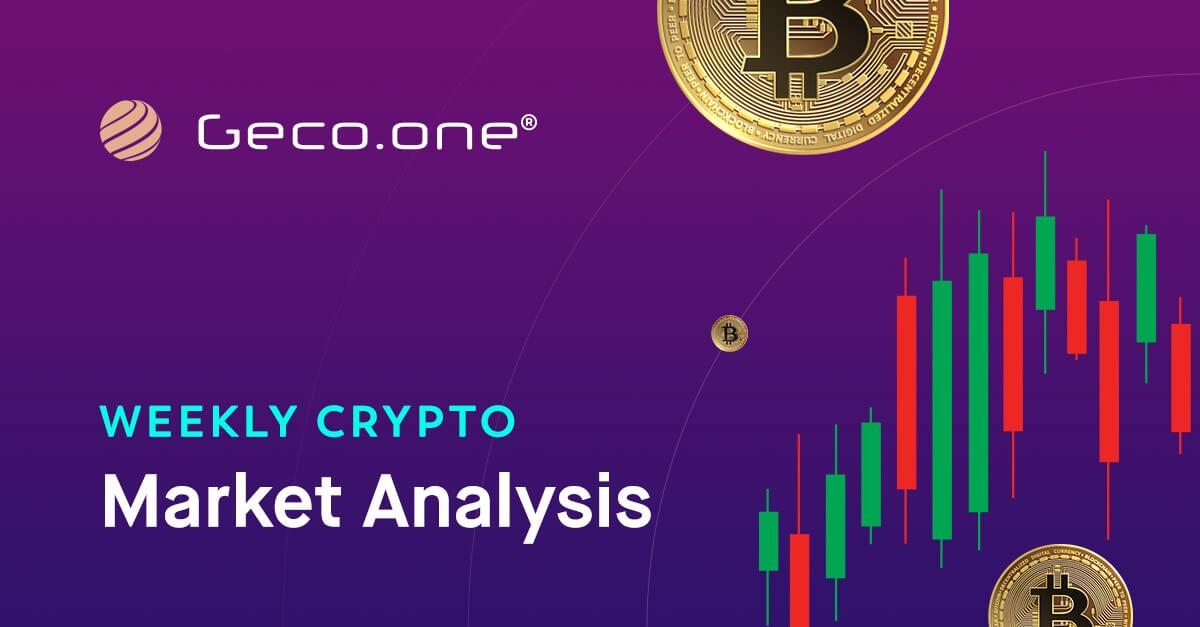 Since the beginning of September this year, the BTC price has increased by over $ 4,800, over 10 per cent. In turn, counting from the lows of 20 July this year, bitcoin has already increased by over $ 22,600, i.e. 77 per cent. Such a significant appreciation meant that the exchange rate of the oldest virtual currencies broke several critical resistance zones and was again above USD 50,000, which is the highest level since the first half of May this year.

Looking at the 4-hour interval, we notice that the BTC price tend to stay in the past days in a horizontal trend between technical support of $ 46,500 and resistance around $ 50,600.

Given that the consolidations are corrective patterns, one does not see that the market broke this formation last night. In practice, this may indicate a potential for further increases.

However, looking only at the daily intervals, the actual ranges for further appreciation of the BTC price are around $ 53,000 and then $ 60,000.

So it turns out that while the medium-term prospects are still pro-growth. It is still highly probable that the market will test the resistance of $ 53,000 and then $ 60,000, or even a new ATH will break the resistance above $ 65,000 before the end of 2021.

In line with our last week’s projection, the ETH has beaten this formation over the past few days. The subsequent increase also broke another resistance of $ 3,600, and if this trend continues, the price of ETH could reach around $ 4,200 in the near future. It is also possible that Ethereum will set a new all-time record above this resistance before the end of this year.

We could expect potential increases in the near future also on the Bitcoin Cach quotations, the rate of which breaks just above the technical resistance of $ 765. If this attempt persists, i.e. if there is no strong supply reaction that could negate this breakout in the near future and the BCH price remains above $ 765, we could expect a continuation of increases, for which the real ranges seem to be around $ 950, $ 1165, or ultimately up to $ 1,550.

The current situation on the XRP quotes is quite similar. The price of this cryptocurrency increased between 20 July and 15 August this year by over 161 per cent. Such a significant appreciation led to overcoming two important resistance zones of USD 0.77 and USD 1.05.

However, from mid-August this year, this market moved horizontally, the upper bound of which was the resistance of $ 1.30. As on the BCH quotes, we are also observing an attempt to break above this resistance.

This breakout would be in line with the basic assumptions of the Price Action analysis, which indicate that the horizontal trend (consolidation) is a form of correction. Therefore, considering that the earlier impulse was an upward move, statistically, there is a greater chance of breaking this formation upwards than downwards.

Therefore, if there is no strong supply response in the near future that could negate this breakout and the XRP price remains above $ 1.30, we could expect a continuation of increases, for which the real range seems to be around $ 1.66.

Looking at the EOS quotes, we notice that after an increase of over 88 per cent between 20 July this year and 16 August this year, the price of this cryptocurrency moved in a horizontal trend between USD 4.60 and USD 5.70.

However, due to the increases that had been going on for several days, there was an upward break in this consolidation. Due to this fact, the EOS course was at the highest level since the beginning of June this year. If this trend continues, we could re-test the $ 7 level in the near future. In the medium term, it seems highly probable to reach $ 8.80 or even $ 11.50.