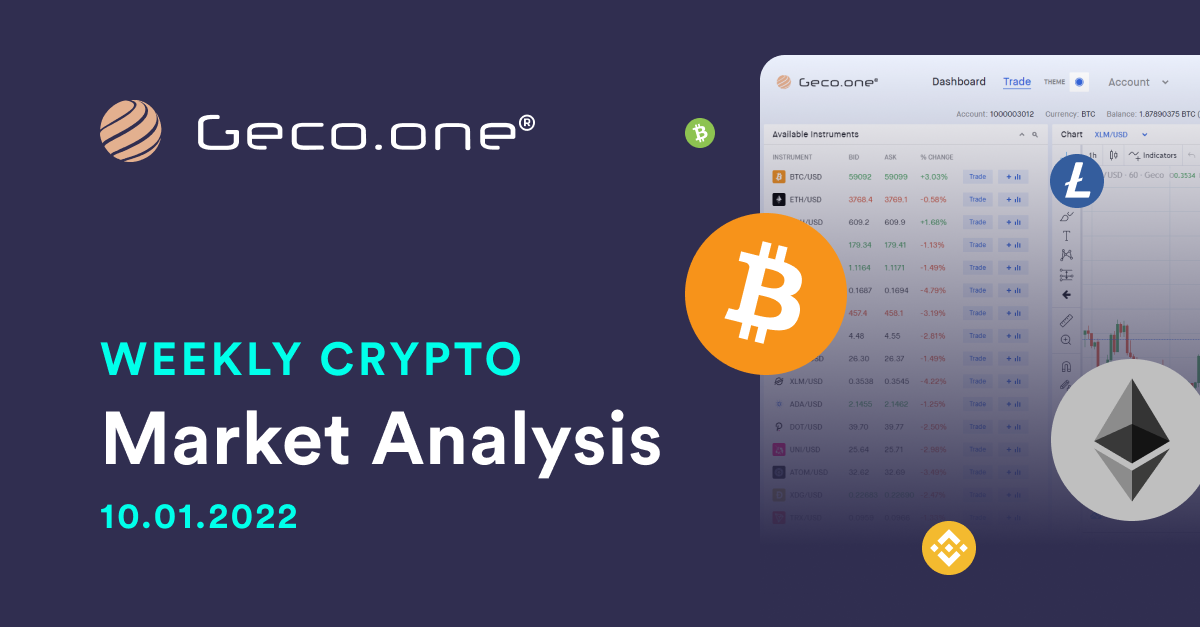 Bitcoin has fallen by almost $ 28,500 over the last two months — that’s over 41%. Such a significant sell-off caused the quotations of the oldest virtual currencies to plunge to the technical support area of ​​$ 40,700, which is the lowest price level since September 2021.

Even though the sell-off stopped near the critical zone, the demand response in this area is disappointing, to say the least. At the moment, it indicates that all kinds of increases observed for three days may finally turn out to be a form of correction, after which the BTC rate will return to the downward path.

This fact means that although bitcoin has some potential to rebound and return to around $ 45,000 in the short term, it still seems highly likely that bitcoin will slide below $ 37,000 before returning to the path of stable growth.

We could also expect potential drops in the near future on the Ethereum quotations, the price of which fell by over 38%, thus falling below the technical support of $ 3,160.

Given that defeating one tech support usually opens the door to further sell-off around the next support, in this particular case, we could expect ETH to return to around $ 2,750, which would be the lowest level since last September.

The current situation on the BNB quotes is also very similar. The price of this cryptocurrency has recently dropped below the technical support of $ 505 and further $ 445, which may naturally support further depreciation. The actual ranges seem to be around $ 390, or even the region of $ 330.

The current situation on Litecoin quotations is also pro-declining, as the price has broken the bottom over the last few days from the consolidation lasting a month.

Due to this fact, even if the market rebounded a bit in the near future, it seems highly probable that the potential increase will only lead to a retest of the additional restraint of earlier consolidation, i.e. resistance of $ 140. Considering that this level quite precisely coincides with the measurement of 50% Fibonacci retracements from the last downward impulse, but already there, we could expect the emergence of a more significant supply pressure that could initiate another downward impulse, for which the actual range seems to be around $ 105.

The current situation on the Cardano quotes is also very similar. The exchange rate of this cryptocurrency has also recently dropped below the technical support of $ 1.20, which may naturally drive further declines, for which the actual range seems to be the range of $ 1.00–1.05.

We could expect potential declines also in the EOS quotes soon. After the price of this cryptocurrency slipped below the technical support of $ 3, thus breaking the bottom from a month-long consolidation, a further sale could lead to a retest of $ 2.30 support, which would be the lowest price level since December 2020 r.