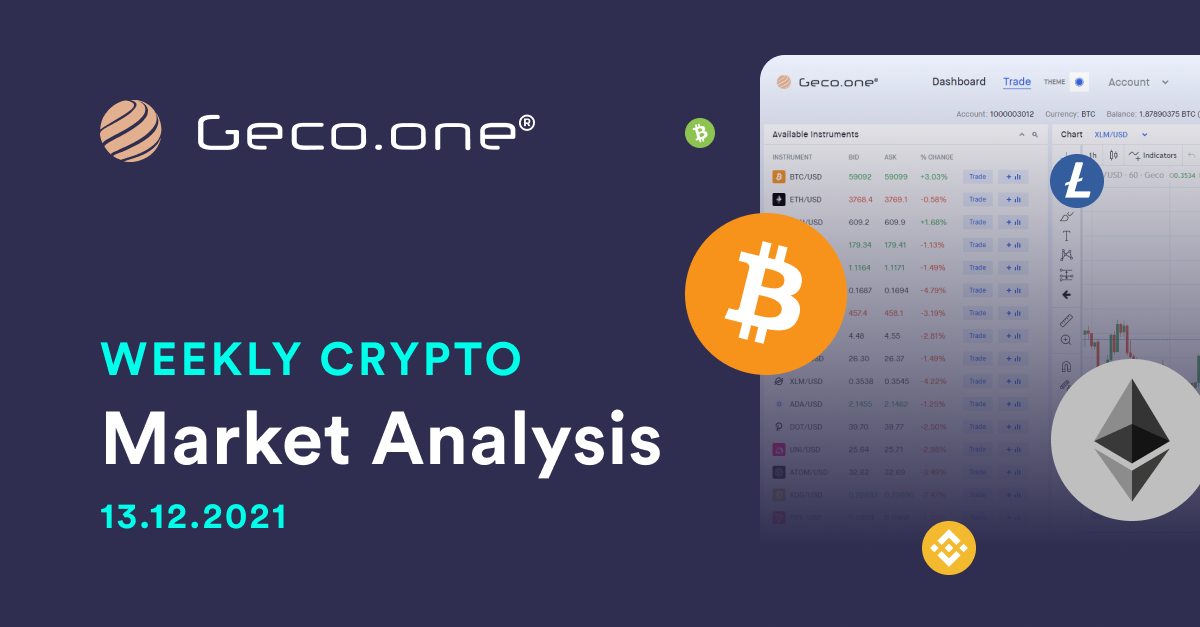 Despite the weekend gains, BTC quotes return to the downward path with the start of the new week. The entire recent slowdown is thus starting to resemble only some form of a market recovery being a correction after an earlier sell-off. So if the BTC exchange rate returns to the downward path, we could expect to re-test around $ 44,900 or even $ 40,700 in the near future.

From a purely technical point of view, as long as the price of Bitcoin does not return above $ 53,000, the trend in the market will be a downward trend, so the depreciation will probably continue in the coming days.

Given the correlation of the broad cryptocurrency market with the BTC price, there is a slight risk that the potential depreciation of Bitcoin will also entail the Ethereum price, which is one of the few that has not yet slipped below any significant support. However, that could change soon as ETH is now trading around the horizontal $ 3,900 and upward trendline. Overcoming this support confluence could open the way for further declines even in the region of $ 3,650.

The current situation on Litecoin, the price of which has recently dropped below the technical support of $ 265, is also pro-decline. Given that after a slight correction, when the market returned to this level, testing it from the bottom (as a resistance), supply pressure reappears around it. All this means that we could expect to re-test the $ 140 region in the near future. However, if this support is also defeated, then one should be prepared for the possibility of further depreciation of the LTC even to the level of $ 105.

The current situation on the XRP quotations is also pro-declining. The price of Ripple has recently slipped below the technical support of $ 0.87, which may naturally open the way for further depreciation to the area of ​​the following support, which in this particular case is around $ 0.71–0.76, and further up to $ 0.52.

The current situation on the EOS market is also very similar, as the rate has recently slipped below the technical support of $ 3.65. So if this depreciation continues, the quotes of this cryptocurrency could return to around $ 2.30. It is where the next necessary support is located.