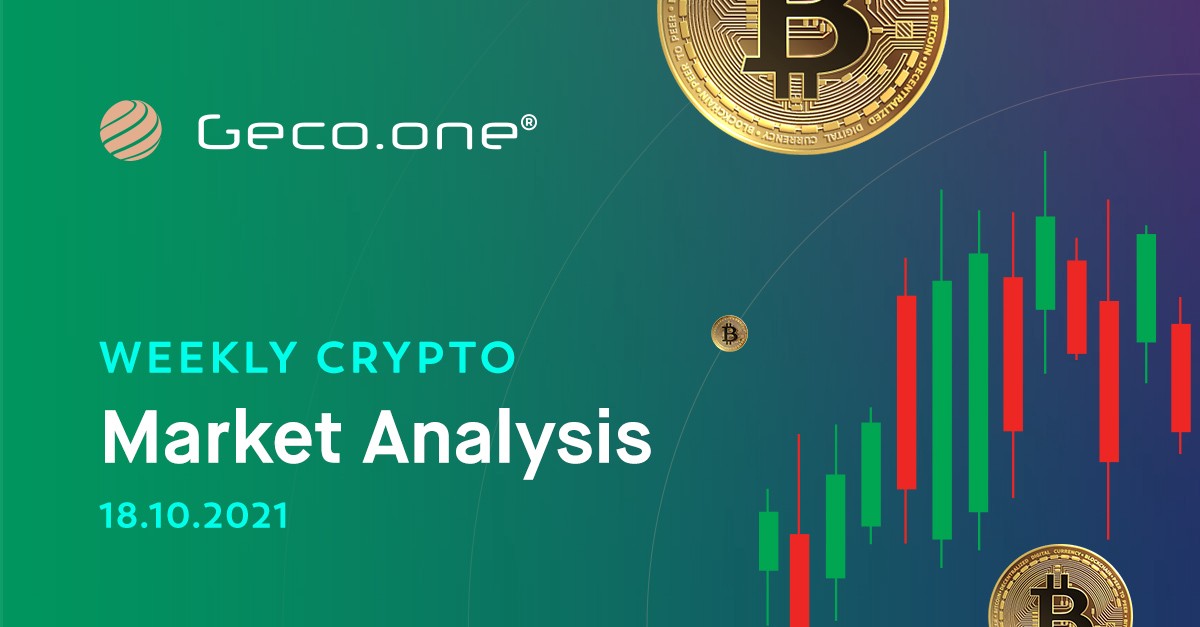 The BTC price has increased since September 29 this year by almost $ 22,000. It means that in just 20 days, bitcoin went up by nearly 54 per cent. Such a significant appreciation led to overcoming several important resistance zones of $ 53,000 and $ 60,000, as a result of which bitcoin reached the highest price level since mid-April this year.

Considering that breaking one resistance paves the way for further appreciation towards the next one, a break above 60 thousand dollars increased the potential of gain lasting less than three weeks. If this trend continues, we could expect a break of even above $ 65,000 soon, which would be the highest level in the history of BTC.

The current situation on the Ethereum quotations is also very interesting, the price of which has recently increased by nearly $ 1,300, which was almost 49 per cent. This appreciation led to overcoming technical resistance of $ 3,640 and only stopped at around $ 4,000.

As a result of the weekend correction, ETH tested the previously defeated resistance (now support) of $ 3,640 from above; there was a demand reaction on Sunday. Therefore, if this zone is permanently rejected, the ETH rate could return to the path of increases, for which the actual ranges seem to be around $ 4,000, or even $ 4,200 further.

The current situation on the BNB quotes is also quite similar. The price of this cryptocurrency has recently returned above $ 455. As a result of a subsequent correction, this zone was tested from above (as support), and a demand response appeared in its vicinity.

Therefore, if the currently tested support is rejected, the BN quotations could return to increases, for which the real ranges seem to be around $ 505, $ 605, or even $ 680.

Looking at the litecoin quotes, we notice that due to the recent increases, the price of this cryptocurrency has reached a technical resistance of $ 190. It is the zone that forms the neckline of the pro-growth inverted head-to-shoulder formation. All this means that a permanent breakout of LTC quotations above this level could signal the potential for further gains, for which the real ranges seem to be around $ 232, $ 310, or even $ 335.

The current situation on the XRP quotes also looks pro-growth. The price of this cryptocurrency has recently returned above the technical zone of USD 1.05. As a result of the correction that has been going on for several days, this level has been tested from above (as support), and demand response has appeared in its vicinity.

The potential rejection of $ 1.05 may also be supported by the fact that this is a level that quite accurately coincides with the measurement of 50% Fibonacci corrections from the earlier upward movement, which can naturally determine the emergence of more significant demand pressures in its vicinity. If this happens, the XRP rate could return to the upward path, for which the real ranges seem to be around $1.40, or even $ 1.66.