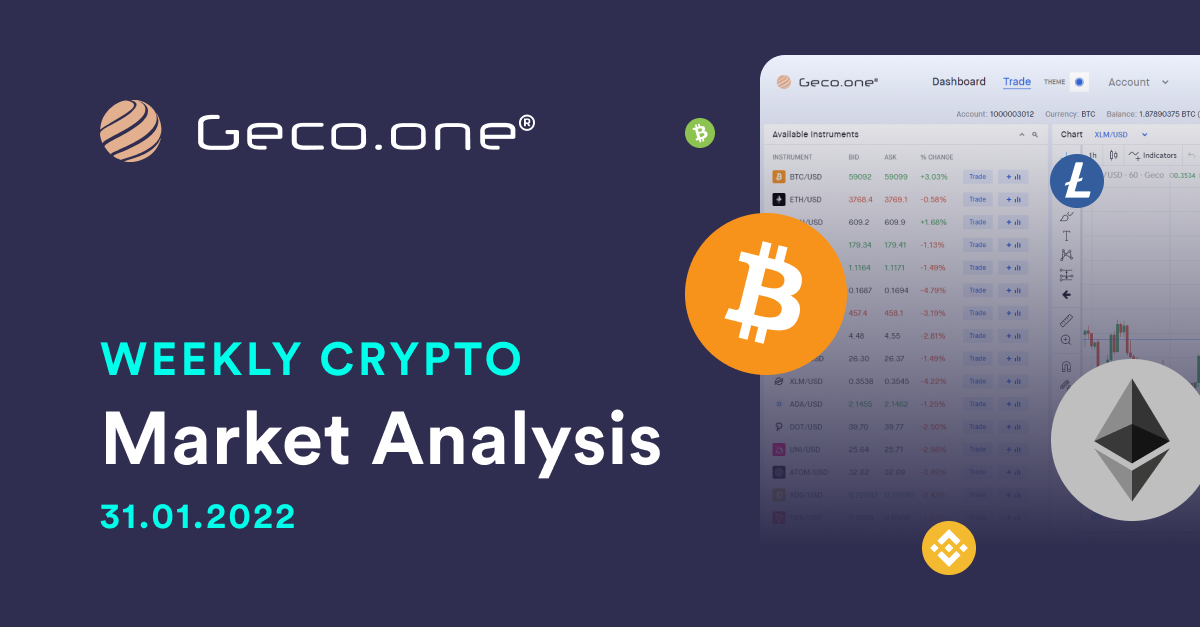 Bitcoin’s prices have increased by almost $ 6,000 in recent days. However, there are many indications that this increase will ultimately turn out to be only a temporary correction, after which the market will return to the downward path. This tendency has already stopped in the vicinity of the nearest technical resistance in the region of 38 thousand dollars.

If this barrier is permanently rejected, the quotations of the oldest virtual currencies could return to the path of declines, for which around $ 29,500 seem to be authentic ranges. It is only there that the next level of support is found, in the vicinity of which we could expect a greater demand response that could initiate a more significant upward rebound.

We could also expect potential drops in the near future on the Ethereum quotations, the price of which has slumped in the range between $ 2,350 — $ 2,750. However, there are many indications that the stagnation observed for several days is only a temporary rebound in the downward trend lasting from the first half of November.

Suppose the ETH rate breaks below $ 2,350 in the near future. In that case, we will have to prepare for the possibility of its further depreciation directly towards $ 1,750 because only there is another level of support, in the vicinity of which we could expect a greater demand response that could initiate a larger rebound growth.

Looking at the Litecoin quotations, we notice that after the highly dynamic declines observed between January 18 and 22 this year, the price of this cryptocurrency has stabilized around technical support around $ 105.

We have been observing a horizontal trend for several days, also commonly known as consolidation. It is noteworthy that this pattern is a corrective pattern, which means that statistically, the market will likely break out of it in the direction consistent with the previous move.

So, given that the earlier move was down, be prepared for the possibility of the LTC price dropping below $ 105 and its further decline towards $ 95, or even further to $ 67.

The current situation on the XRP quotations is also pro-declining, as the price has recently slipped below the technical support of USD 0.71. This fact means that we could expect further drops in the near future, for which the real ranges seem to be around $ 0.52 and further $ 0.36.

Looking at the prices of XLM, we notice that the price of this cryptocurrency has recently slipped below two technical support levels located around $ 0.25 and $ 0.21, respectively.

Due to a slight correction, the recently defeated support has been re-tested over the past few days. However, considering the small dynamics of this rebound, there are many indications that it will turn out to be only a temporary correction, after which the XLM rate will return to the downward path. If this happens, the price of this cryptocurrency could drop as low as $ 0.12.

The current situation on Binance Coin’s quotes is also identical. The price of this cryptocurrency has been fluctuating slightly below the recently defeated support (now resistance) of $ 390 for several days. If only this barrier is rejected, we could expect BNB to return to the path of declines in the near future, for which the real ranges seem to be around $ 325, or even $ 255 further.

More comments on the cryptocurrencies described above and an analysis of the next few can be found in the market review from Geco One on Comparic Markets TV.